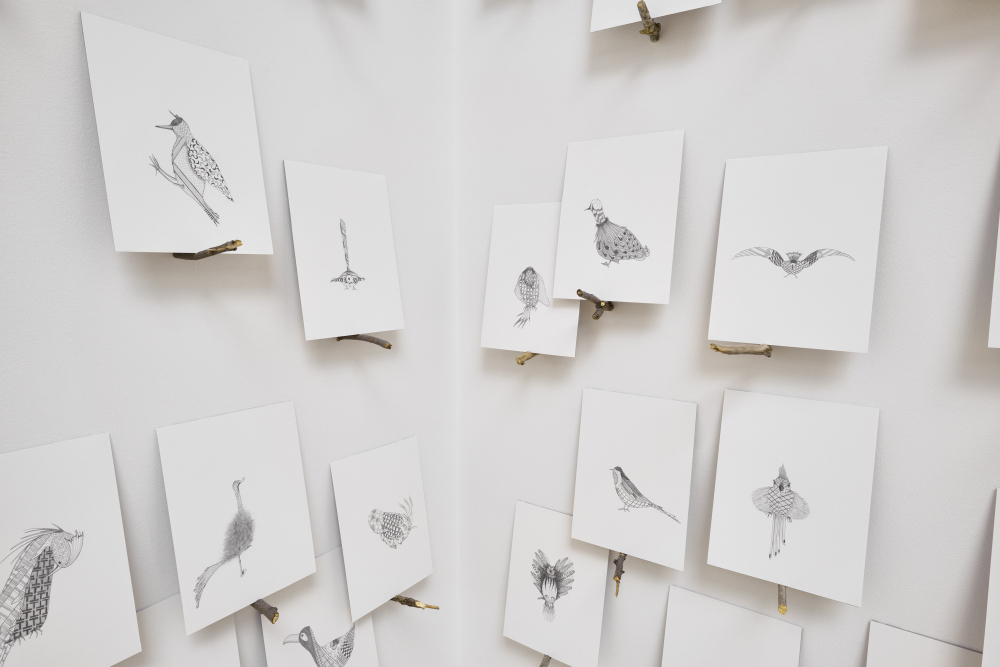 For the project 365 BIRDS Mariëlle Videler found inspiration in the drawings of Jan Velten. He drew the animals he observed around 1700 in the courtyard of Jan Blauw’s inn in Amsterdam. The exotic animal collection, also referred to as the birdhouse, was a big attraction in the city. The animals were shipped to the Netherlands by trade travelers of the VOC. For example, Velten saw for the first time a majestic king vulture in the birdhouse.

Velten's drawings stand in contrast to the enormous abundance of available images of exotic animals in our current culture. We can also, whenever we want, view wild animals in the zoos scattered around the world, but these animals are often the last living specimens of their kind. In San Diego, for example, lives in captivity, born in a breeding program, the Hawaiian crow Kinohi. He was raised by his caretakers who fed him with hand puppets in the shape of a crow. Elizabeth Kolbert writes about him in her book: ‘He lives in his own world ... He once fell in love with a spoonbill.’ As a reaction to the contrast of these two worlds Marëlle Videler envisaged the idea of connecting with a bird every day for a year and making a drawing.